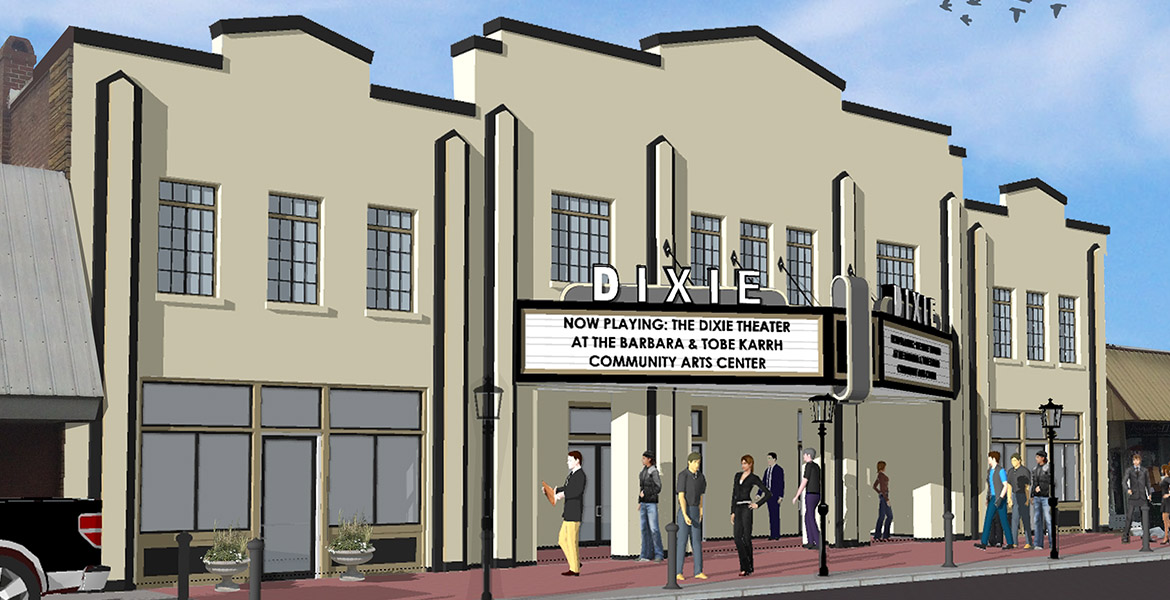 The Dixie Theatre was enjoyed by all until, sadly, its doors were closed in the late 1960s. The building was then used as a retail space and for a short time sat vacant until 2014. At that time, proprietor W.M. Karrh’s grandsons, Bill and Jim, donated the former theatre to the City of Swainsboro for redevelopment into a community arts center. After accepting the property, the City of Swainsboro initiated the project by developing a renovation plan and physically securing the property through the installation of a new roof and other support structures. It also completed a phase one sensitive demolition which removed modifications to the building, revealing the skeleton of the original Dixie Theatre as many remember.

The Barbara & Tobe Karrh Community Arts Center is a 16,000+ square foot home for arts and culture in Emanuel County, anchored by the Historic Dixie Theatre, a cultural and architectural landmark in downtown Swainsboro.

THE COMPLETED PROJECT WILL FEATURE:

A newly restored Historic Dixie Theatre that will offer a state-of-the-art movie going experience. The theatre will have the comforts of modern cinemas in a unique, historic building. In addition to digital projection equipment, the theatre will also feature a stage and equipment needed for live performances such as concerts, seminars, small plays, recitals, and more.

Additional plans include the addition of equipment to facilitate and stimulate entrepreneurship and innovation, such as an audio and video lab with recording and editing facilities and a pottery studio.

The Emanuel Coalition for Cultural & Economic Development (ECCED) is proud to announce that the Barbara & Tobe Karrh Community Arts Center featuring The Historic Dixie Theatre has been awarded a grant in the amount of $50,000 from the Nordson Foundation. The Nordson Foundation is the philanthropic division of the Nordson Corporation, which has operated […] 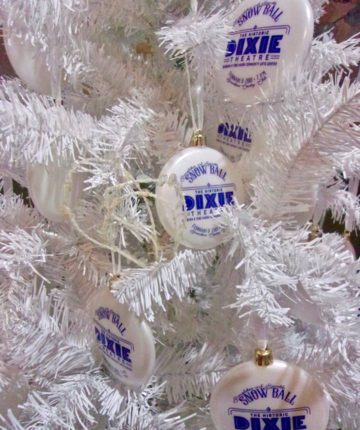 The Barbara & Tobe Karrh Community Arts Center featuring The Historic Dixie Theatre continues to progress! The original upper story windows have been refurbished and installed, and new doors and storefronts in the building’s original design are also in place. Stay tuned for more updates as the ECCED prepares to continue the project with renovations […]
© 2017 - Emanuel Coalition for Cultural & Economic Development. All Rights Reserved